Home Politics Niue Election As It Stands – with some deductions…

If there is one thing that categorises the island’s general elections, it is the lack of any active campaigning leading up to the event. Nothing really happens until a week or so beforehand. With that in mind, here’s the current situation.

The constituency of Alofi Toga has the largest number of registered voters. It was on the cards therefore that after serving his apprenticeship in his first term and having won his second with a significant majority it would have been folly for Premier Talagi not to give Tagelagi a cabinet post. By all accounts he has acquitted himself well in his cabinet role and has become well known on the international stage. Whether this is enough for his electorate remains to be seen.
Tamakautoga    Sitting member: Andrew Funaki
Andrew Funaki has been Tamakautoga’s representative in the House for several terms. His main opponent has been – and is likely to be in the pending polls – Muiaki Makani. Funaki won the last election by a majority of 8 votes. That number does not look impressive but in an electorate where the total registered electors can be just two digits, every single vote counts. 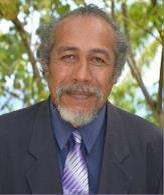 Billy Talagi has been Avatele’s man in the Assembly for several terms. Having supported his cousin Toke Talagi – now Sir Toke – loyally he was finally rewarded with a Cabinet post in the last term, which was just as well. Talagi’s constituency was becoming restless with many holding the view that their representative was being by-passed for political expediency.
Talagi has been elected un-opposed for several terms but this time around he will be challenged. Poimamao Vakanofiti has told the village that he will be contesting the seat.
Vaiea    Sitting member: Talaititama Talaiti
There is very little likelihood that there will be any change for Vaiea – unless one of the new immigrants from Tuvalu is brave enough to try…which is about as remote as finding uranium at Fatiau. 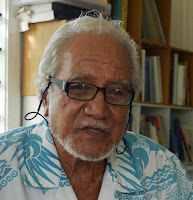 Veteran politician and the last surviving founder of the Niue Constitution the Hon Young Vivian has been through it all – from backbench to the frontbench to being the Premier – and he has done it all without a knighthood. There has been no confirmation yet but it is likely that Michael Jackson will challenge Young yet again.  There is every reason for Jackson to do so – actually, three very good reason. Vivian won the last election by just 3 votes.
Young Vivian has announced in the last sitting of the current Assembly that this will be his last term. This will go down well with Vivian’s supporters – let the veteran bow out gracefully and with some dignity.

Liku    Sitting member: Pokotoa Sipeli
Sipeli is another long-serving member of the Assembly. He was elected unopposed in the last election. It’s not known yet if he will be challenged in the next poll. Those who are close to the veteran politician say that the vigour of a cabinet post had taken its toll. Finding a replacement for him – if indeed it comes to that – will prove to be big challenge, so much so in fact that the village may stay with Sipeli. This old fox may still have a few tricks up his paw.
[That takes care of Tafiti Lalo and Tafiti Uta. In our next instalment we will look at Motu]
FB Comments

New Premier could be Dalton Tagelagi

Ben Siaki – A Man On A Mission